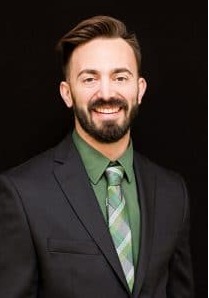 Dr. Beukelman has quickly become a well known Chiropractor in the state of Texas due to his successful treatment results for patients suffering with Low Back Pain & Sciatic Pain, Neck Pain & Headaches/ Migraines, Vertigo and a long list of other symptoms related to misalignment is the spine and poor posture. When asked what he accredits his high success rate to Dr. Beukelman stated

“I am so grateful to be practicing in a healthcare field where I am able to truly help my friends, family and neighbors  find relief through true health and healing rather than simply masking their pain with drugs and surgery.  I think what sets our Houston Heights Chiropractic office apart from others is that here, we practice traditional chiropractic care but with a more in depth, scientific based approach. Our recommendations for Chiropractic Therapies are individually based on the patient and any findings  after really listening to them and reviewing their symptoms, history, exam, digital x-rays and our full, in depth Motion Study X-Ray Analysis. At that point we can fully and accurately make an educated recommendation and in most cases can get them not only out of pain but create a plan of action to eliminate their pain and create long term, lasting results. At our office our goal isn’t to band aid the problem it’s to correct it and our customized treatment plans do just that “.

Dr. Sean Beukelman graduated in 2015 from Palmer Chiropractic College in Davenport Iowa, which is known as the birthplace of Chiropractic. Dr. Beukelman knew he wanted to help people so he decided to become a doctor but it wasn’t until he, himself began to suffer from debilitating headaches and migraines that he chose the profession of chiropractic. After a close friend refereed him to a local chiropractor and he experienced first hand the exceptional pain relief a single, scientific based Chiropractic Adjustment could deliver. His headaches slowed and soon where a memory of the past and Dr. Sean Beukelman knew the only doctor he ever wanted to see again or become himself was a Chiropractor.

“A true healer of the medical profession, one that gives no harmful medication and can simply work with the body to remove the interference and allow the body to heal, on its own, as it was meant to… a Chiropractor”

Featured Services
What Can We Help You With?

We strive to provide quality patient care. Learn more about our services here…

We set aside special time for New Patients and will do our best to schedule you in our first available appointment. Schedule your appointment today!

Our new patient forms are available for you here so they can be completed in the convenience of your home.